We have been commissioned to work on many projects including Exhibition Stands, you can see below some pictures of the stand we created to promote the airport.

The airport located in the Ingliston area of Edinburgh is the busiest airport in Scotland with over 14.7 million passengers going through its doors in 2019 and the sixth-busiest airport in the UK. Owned by Global Infrastructure Partners, it brings in millions of tourists and in turn revenue for Edinburgh and the surrounding area and we have always been proud to be a small part in helping the airport and its endeavours. 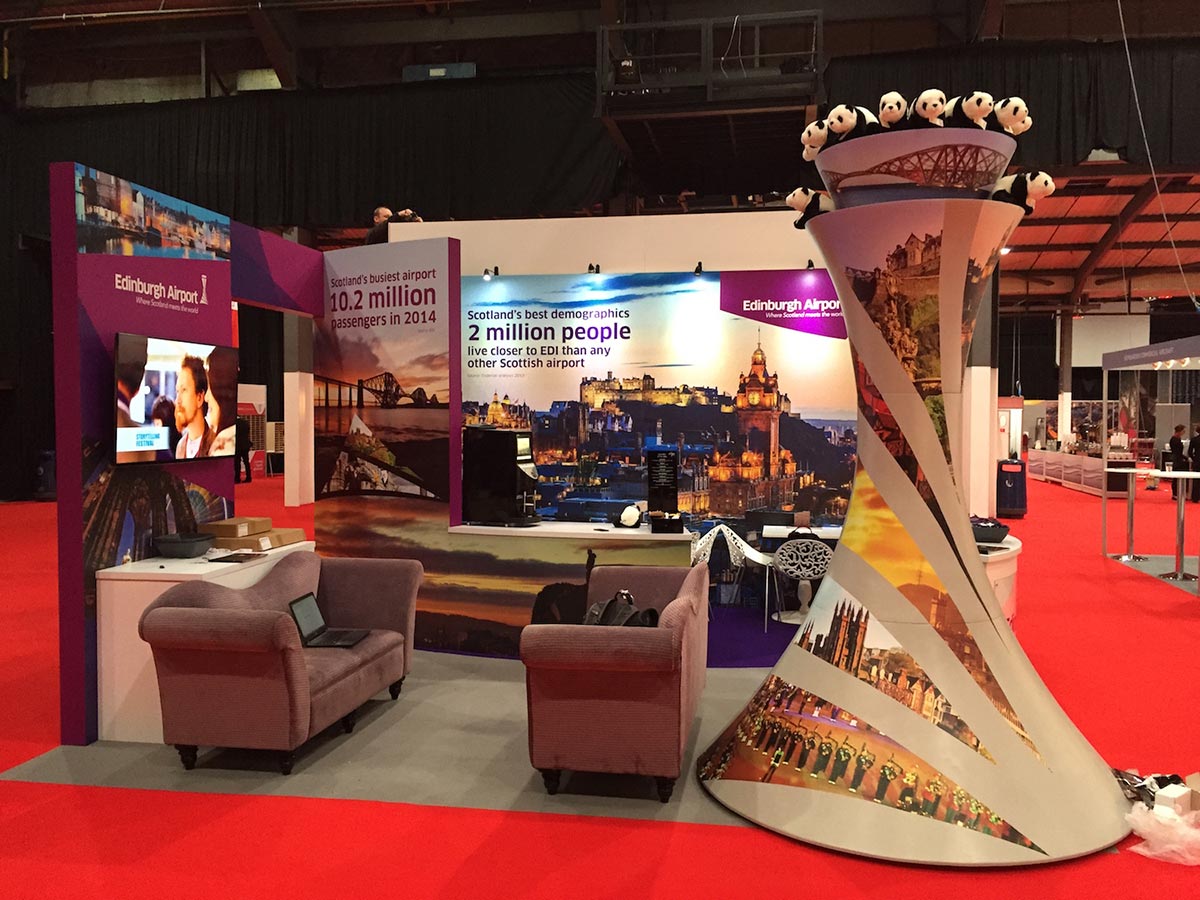 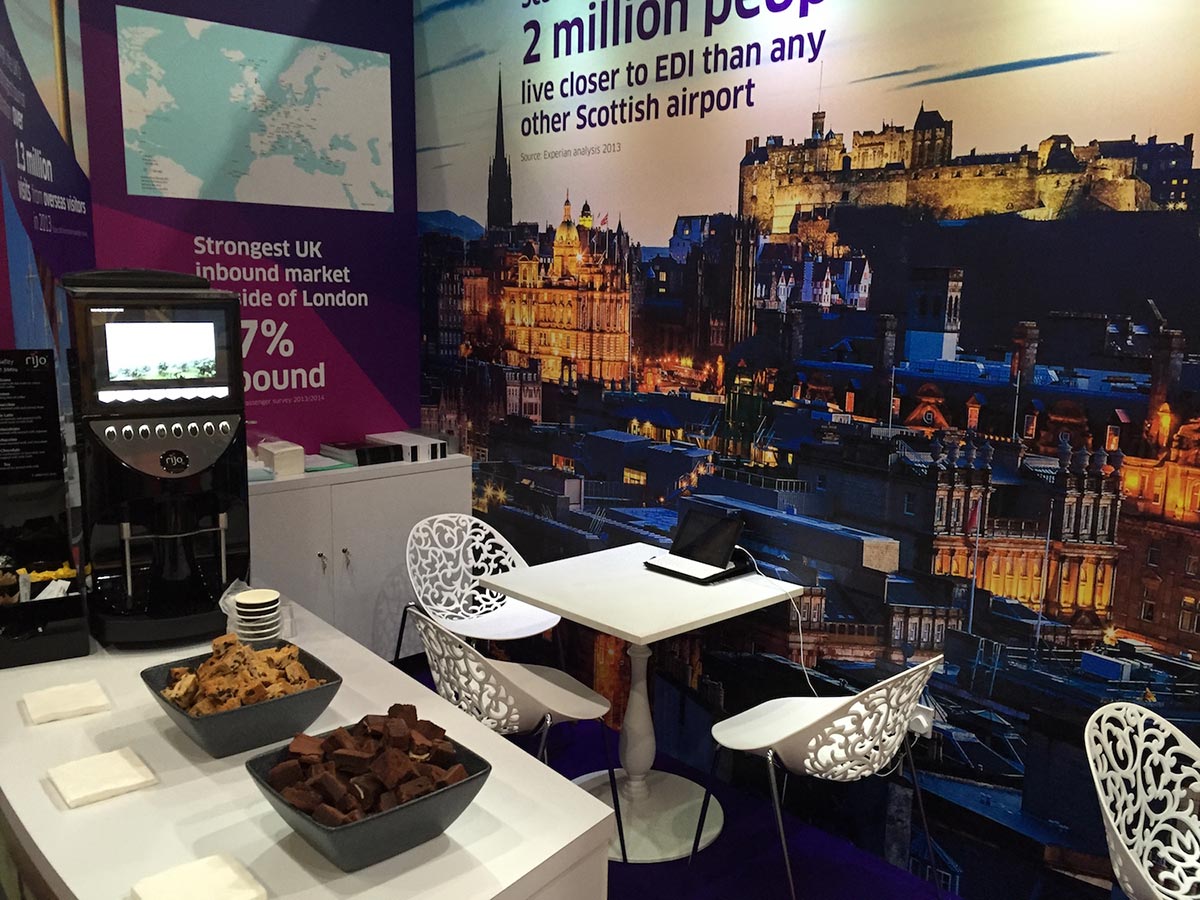 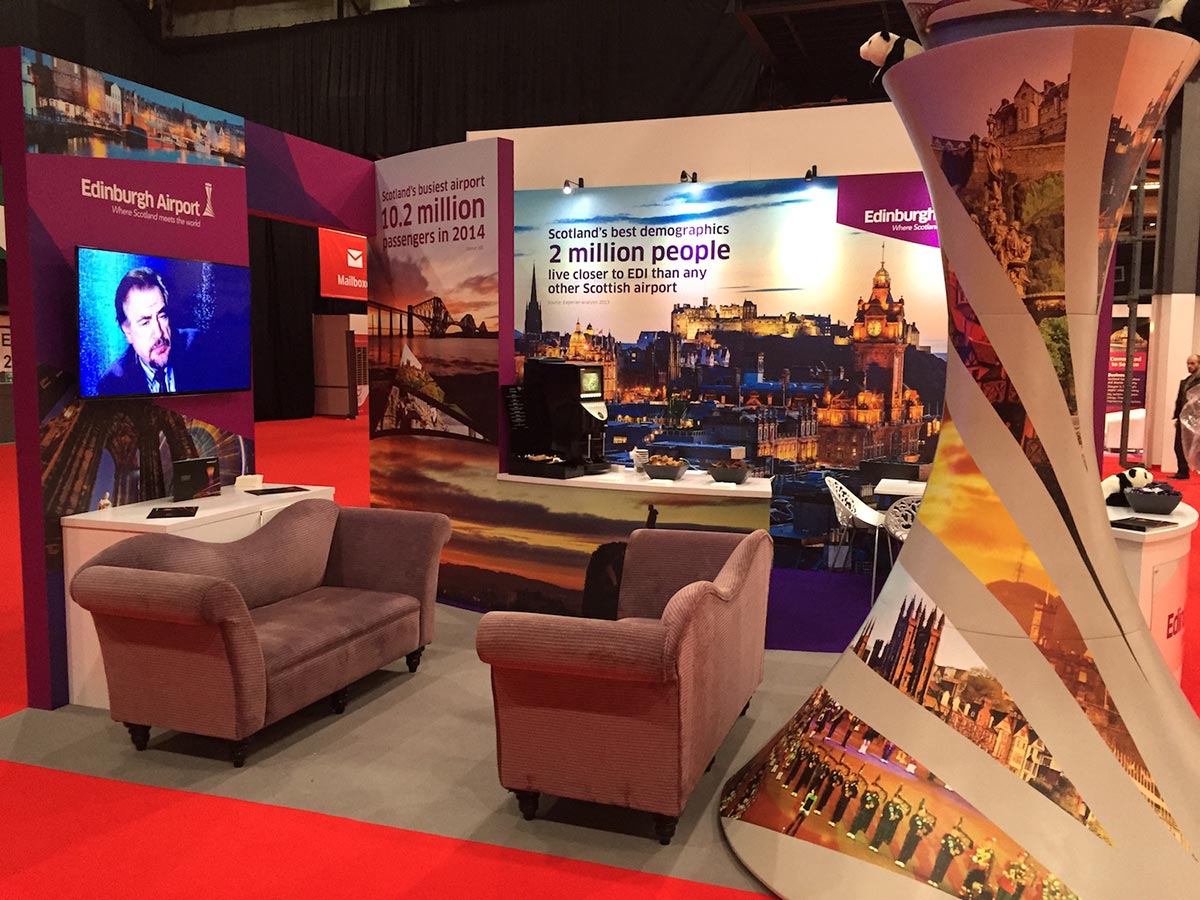 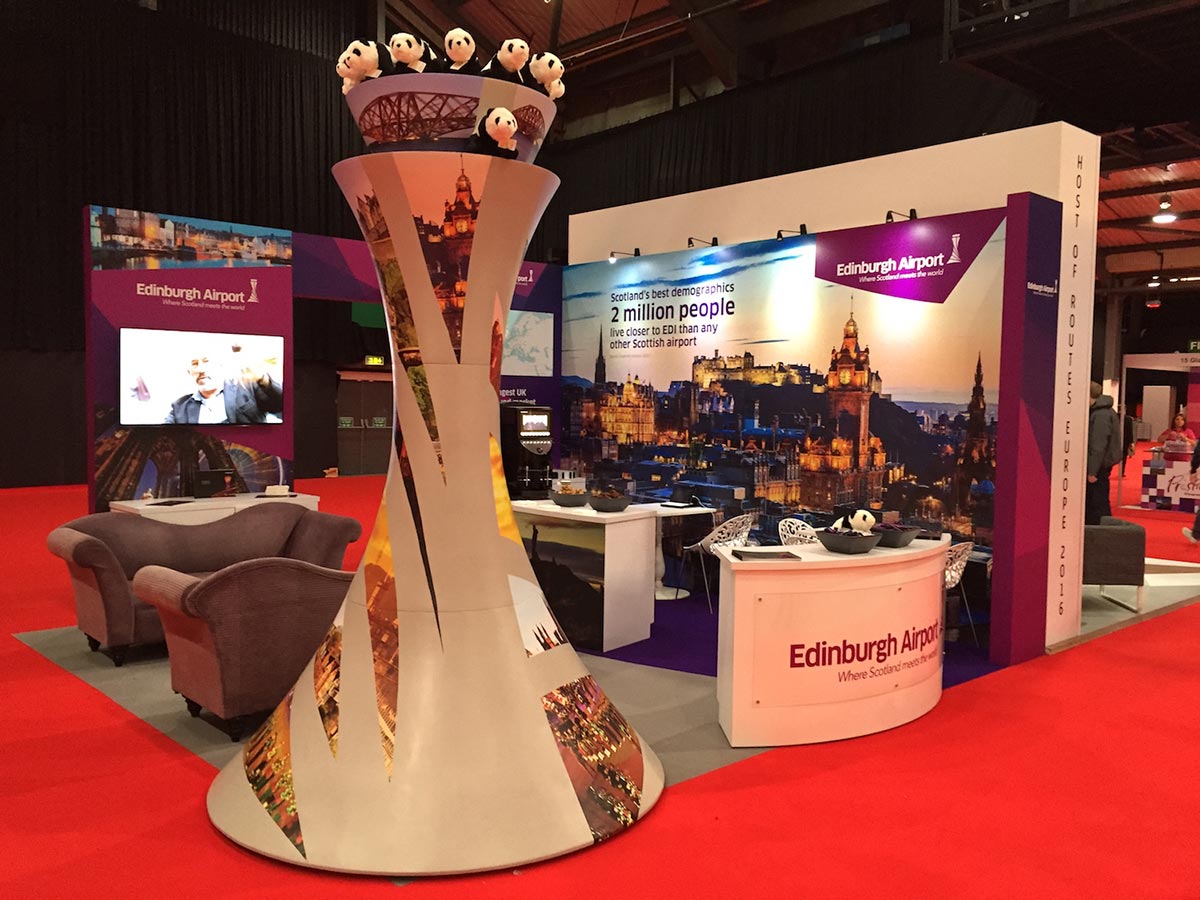 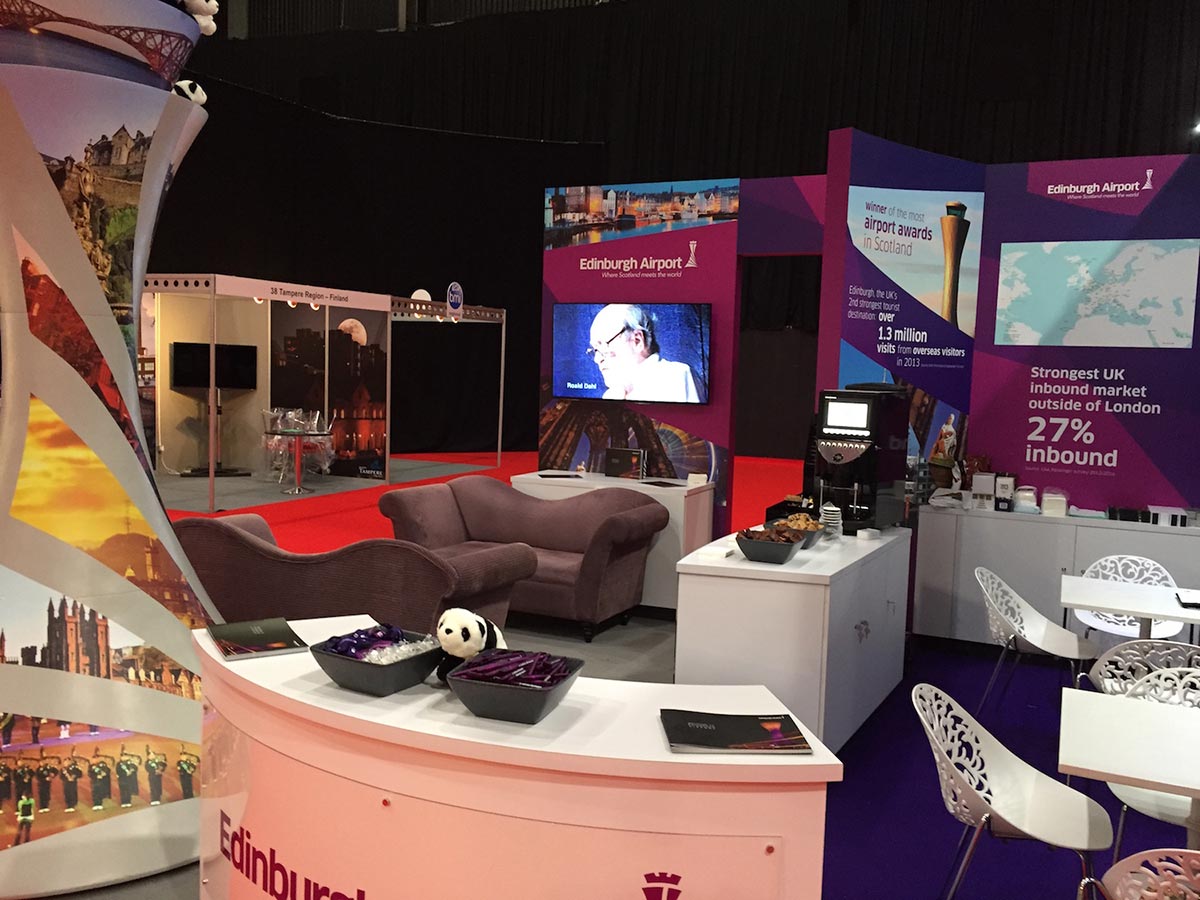 We were delighted to be involved with the Qatar Airways launch at Edinburgh Airport. The inaugural flight, which landed at Edinburgh International Airport on Wednesday, 28 May 2014, was welcomed with a traditional water cannon salute, Scottish bagpipes and a gathering crowd within the airport terminal. The airline’s arrival in Scotland will significantly reduce journey times for those traveling from Edinburgh to locations around the world – great news for the Eastern Crew who travel internationally!

The new Edinburgh route is not only the first for the city to the Middle East region, but will also be Edinburgh’s first scheduled service on one of the world’s newest aircraft, the Boeing 787 Dreamliner. 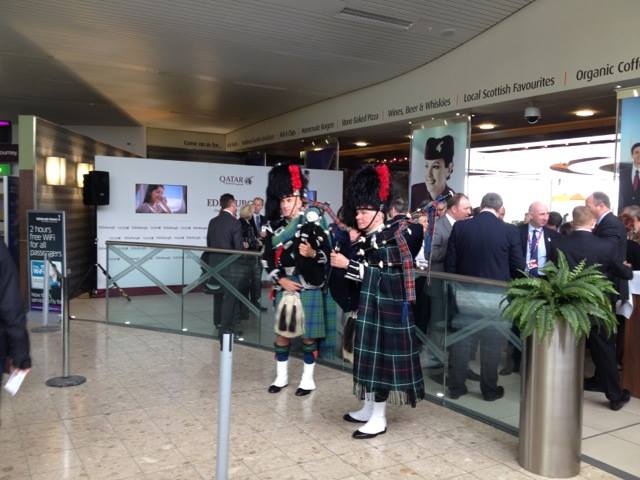 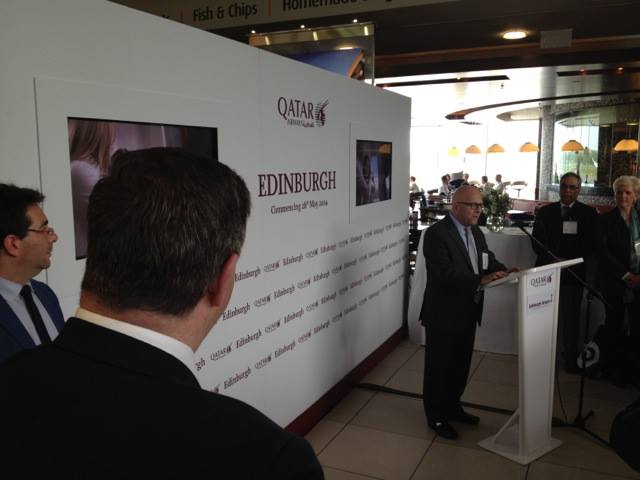